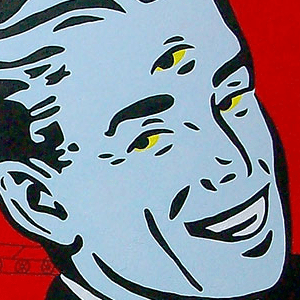 Color and Design Theory I – Project #2 – Complete …sort of 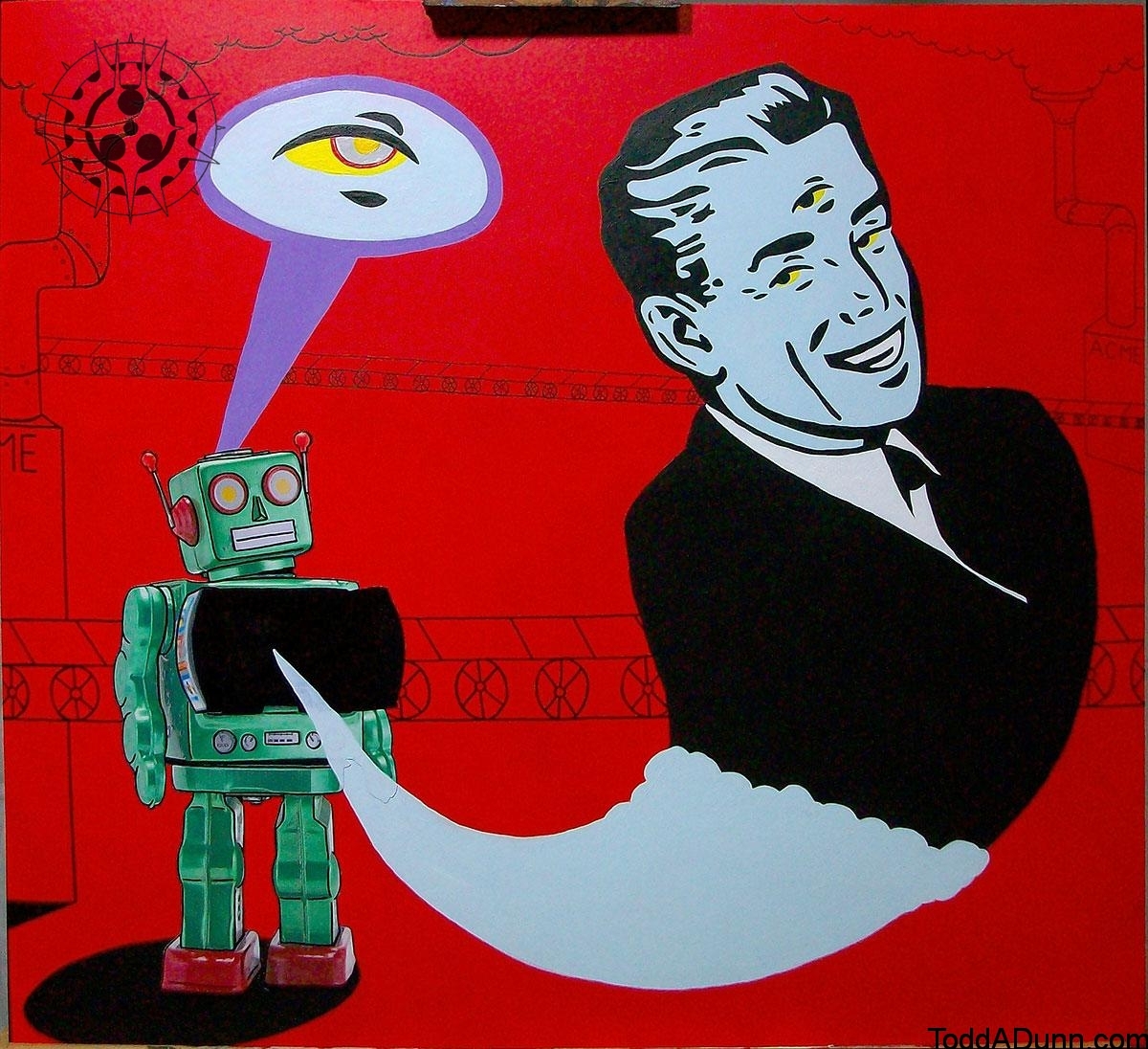 Well, here’s the finished product for project #2 for the Color and Design Theory class. I say “sort of” complete because, based on critiques, it needs some work in the background especially in the empty space in the middle and along the right side. Perhaps when I find the time, I’ll fix that.

This project is based on Tool’s “Third Eye” and Voivod’s “Golem”. The idea being that the robot is having his third eye opened by the blue man from Tool’s “Third Eye” (Dreaming of that face again; It’s bright and blue and shimmering; Comforting me with his three warm and wild eyes), but the blue man is coming from the robot himself. The eye he is projecting from his head reflects the design of his own eye as well as the blue man’s eyes. I tried to stick with a 1950s/1960s style throughout the image with the background referencing old cartoons that usually had a one color background with lines depicting a scenery.

In case it is not obvious, the robot is a printed image that’s been lined with a Sharpie and the blue man is a modified version of a “clip-art” style image.