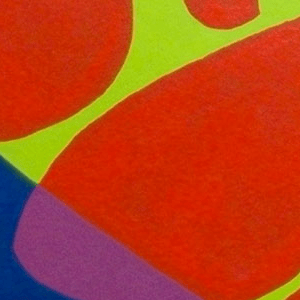 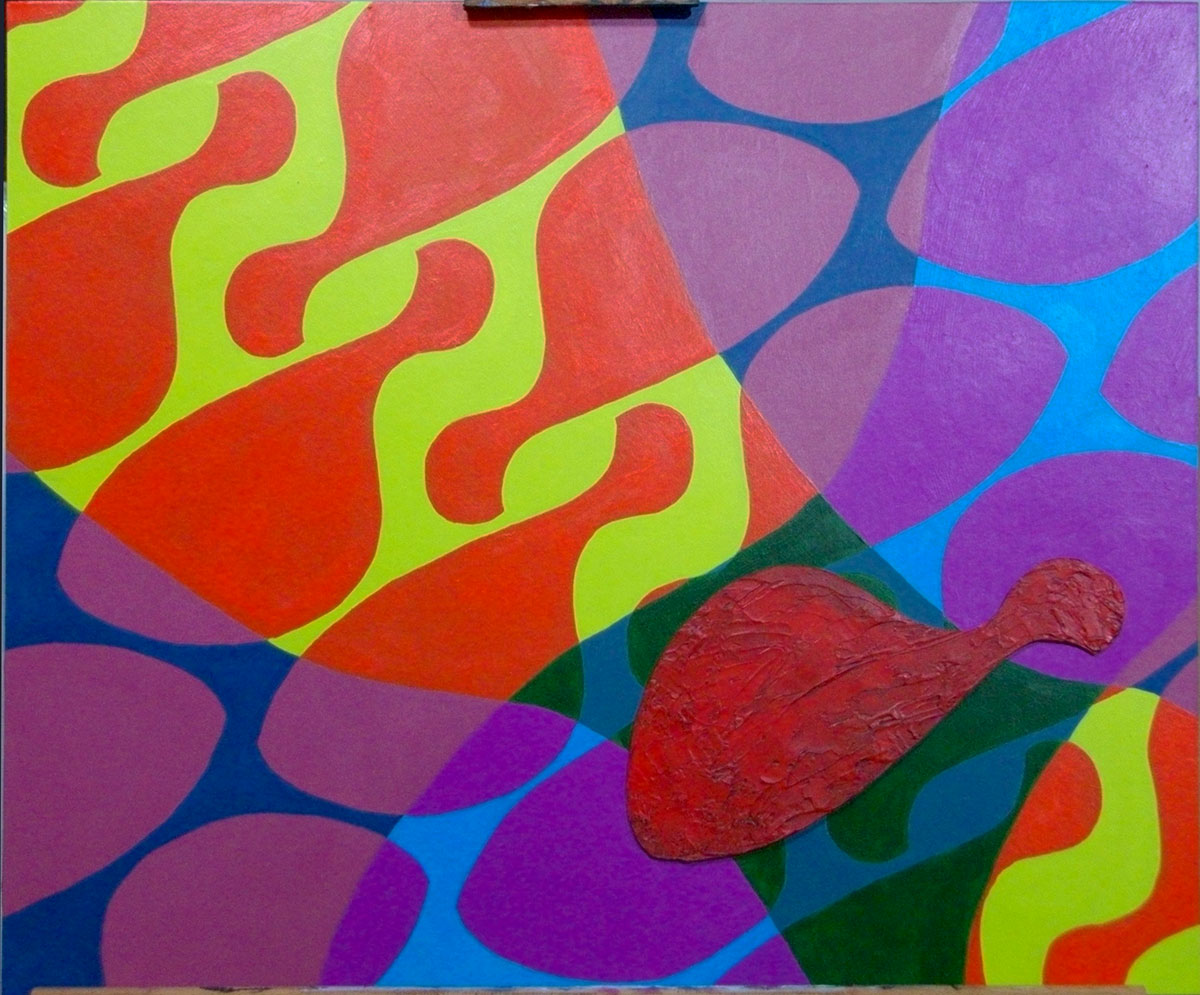 This project was pretty difficult for some reason; probably because I was overthinking it. The instructions were that we had o use crystallographic balance, asymmetrical balance and symmetrical balance all at the same time. There was a requirement to include a three-dimensional element as well. We also had to mix at least three colors, which was probably the thing I had the least problems with.

I started out trying to use watercolors on the illustration board. Turns out illustration board is not very absorbent and every time I tried to layer another color on top of dried color, the two would mix and turn into mud. I then moved to attempt chalk pastels. Well, that failed because of the mess they create, the sound they make on the surface and the feel of them in my fingers. At that point I gesso’d over the whole board and started over with the ol’ trusy acrylic paints. After many hours, the above is the result. The orange and green colors were not laid down in enough layers o cover the messy paint strokes, but Hector (the professor) and the other students seemed to like them that way. The three-dimensional element is the stencil I used for the shapes covered in super heavy gel mixed with red paint, which was then washed over with a purple color and wiped down.