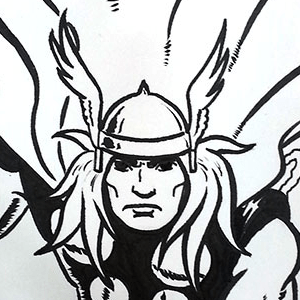 Well, I did the Wizard World Comic Convention back on 2/13 – 2/15. It was a good time and I feel like I learned a lot from my booth-neighbors and just observing other artist’s booths with an eye for improvement of my own. I only sold a handful of prints, but did get to to do the following commissions. 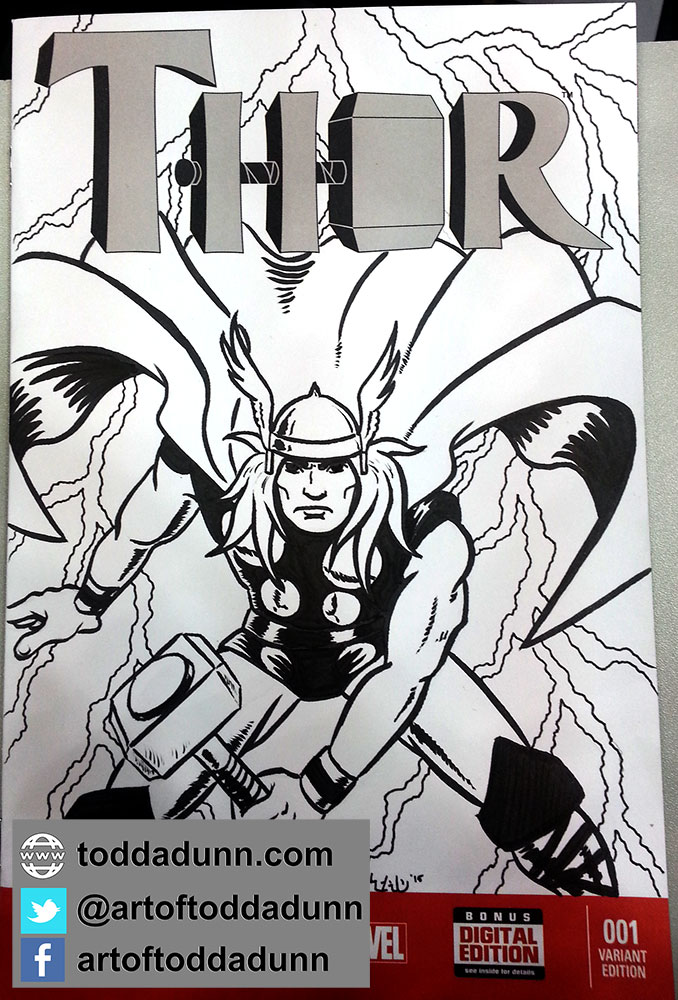 The Thor sketchcover was a request from one of the comic book vendors when I was going to purchase several sketchcovers for practice and selling. He asked what we use them for and said I could have the ones I wanted plus a Thor one if I’d do a Thor drawing for him. 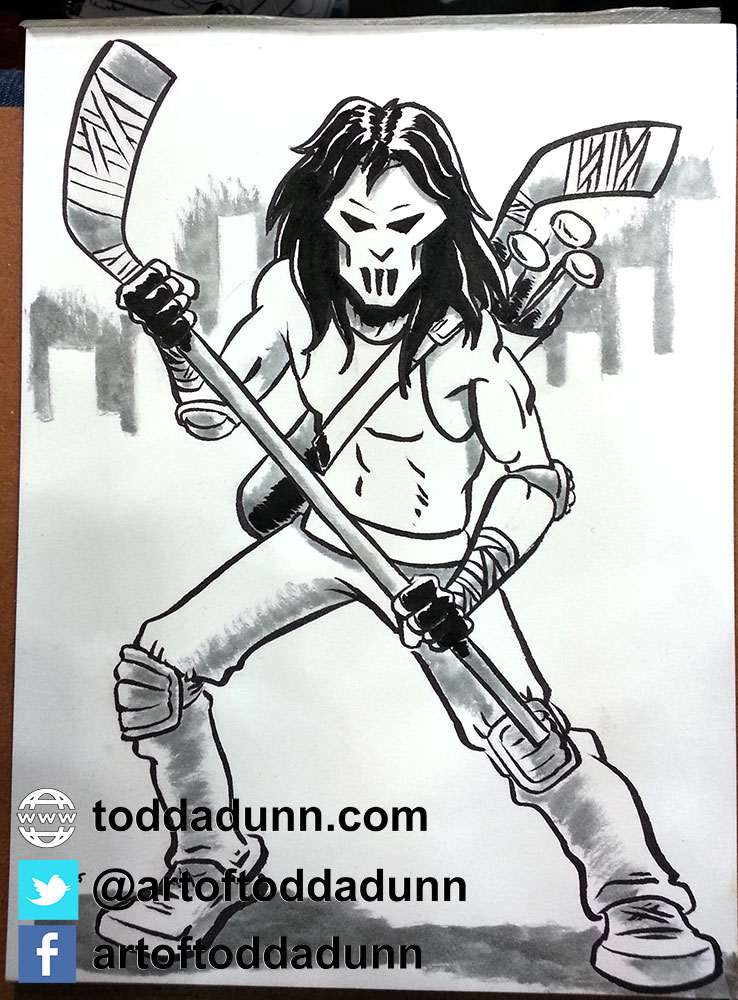 This Casey Jones was a request from a teenage boy in a Casey Jones costume. I only assume he was a teenager because his mom was the one who paid for the commission. He had said that he couldn’t find any Casey Jones art and would like me to make one for him.